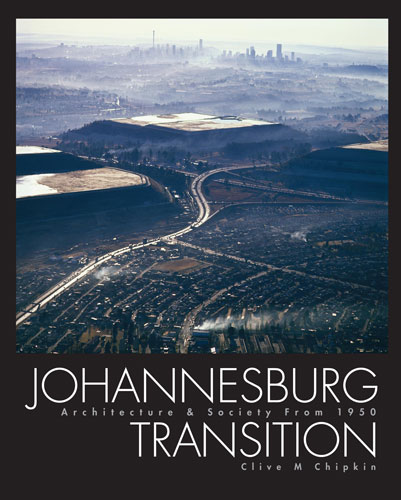 Clive Chipkin was born in Yeoville, Johannesburg in 1929. He was educated at King Edward VII school and graduated from the University of the Witwatersrand School of Architecture in 1954.

Chipkin worked for the London County Council in 1956/57. India and East Africa were major formative influences, as was a growing awareness of the indigenous architecture of southern Africa. In 1958, he opened a private practice in Johannesburg and was a principal founder of AAP (Architects Against Apartheid) and co-author of the Green Manifesto.

Chipkin is also co-author of Parktown 1892–1972 (Aaron, Benjamin, Chipkin, Zar) and contributed to Fisher and Le Roux’s Architecture of the Transvaal and Judin and Vladislavic’s Blank: architecture, apartheid and after.

Johannesburg Style: Architecture and Society 1880s to 1960s is this volume’s predecessor.