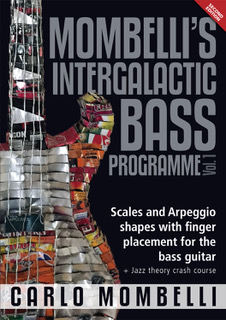 Once in a while an artist comes along who produces music unlike anything you’ve heard. Avant-garde bass-focused jazz composition has rarely sounded so gorgeous.
— Bass Player magazine, USA

Carlo Mombelli’s music is that of a quintessential Prisoner of Strange. It’s visionary, emotional and experimental in a society that doesn’t applaud artistry and integrity. His music sits on the cusp of sanity, where madness and brilliance share space, where true art resides. Mombelli has found in his music the expressive soul of the developing world mixed with the technical profundity of the classical world.
— The Sunday Independent

Mombelli … is still very much in rude creative health. He is still pushing the limits of sound and writing challenging, beautiful work. As an educator, he is molding and mentoring the next generation of South African musicians. Carlo Mombelli is nothing short of a national treasure – you cannot argue with the depth, passion and inventiveness of his music.
— The Mail & Guardian

The arpeggio shape is also super-imposed over the corresponding scale in order to create an understanding of the chord/scale relationship. That is better explained with diagrams and not notation; however, because it is a good idea to associate finger positions with their notational equivalents, notation is also included.

The simple but comprehensive jazz theory section will help the student gain a deeper understanding of harmony and further insight into how to apply the scales found in this book. 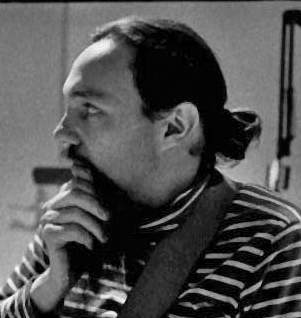 In his 40-year career as a bass player, bandleader and composer, South African Carlo Mombelli, who currently lives in Johannesburg, has bridged gaps between genres, musicians and audiences.

A self-taught musician, he has recorded and performed at many respected festivals, including the Roma Villa Celimontana Jazz Festival, the Stockholm Jazz Festival, the German Moers, the BanlieuesBleues Festival in Paris, and the On the Edge of Wrong Festival in Kristiansand, Norway, to name a few, with, among others, Mick Goodrick, Charlie Mariano, Jeroen van Vliet, Malcolm Braff, DejanTerzic, Jorge Rossi and Adrian Mears. He has also recorded for Enja Records with Egberto Gismonti, as well as with Lee Konitz, and has contributed music to and played in the 1989 tribute for Jaco Pastorius, ‘Basstorius’, that also features the bassists Mathew Garrison and Carles Benavent. Back home in South Africa, he can be heard as a bassist on many recordings with, among others, Marcus Wyatt, AfrikaMkhize, Simphiwe Dana, Sibongile Khumalo and Miriam Makeba.

In addition to his over 100 recorded works and performances with his own projects, his composition commissions include more than 14 films, documentaries and animations, including the 2018 full feature film Salvation, which features Mombelli’s music for electric bass, voice and three cellos; music for a mobile game for the London gaming company The Secret Police; commissions for Zim Ngqawana’s Zimphony Ourchestra (which Mombelli also conducted with Zim); commissions for the Stockholm Saxophone Quartet; piano music for the art film Exquisite Corps by Jonah Sack, presented at the Jewish Museum in New York, and his piece for the Grammy Award-winning New York String Quartet, ‘Ethel’.

Carlo has been involved in music education for many years. Starting in 1998, he held a teaching post at the Richard-Strauss Conservatoire in Munich, Germany. Since then, he has taught and run ensembles at the Berklee College of Music in Boston and annually at the Jazz Musik Akademie in Basel, Switzerland. In 2015, he led the DKSJ All-Star Project with 13 Master’s students studying jazz in Switzerland.

In 2018, the Swiss/Italian Euregio Large Ensemble spent the year performing Carlo’s music at festivals around Europe. Mombelli is an NRF-rated Associate Professor at the University of the Witwatersrand, Johannesburg.