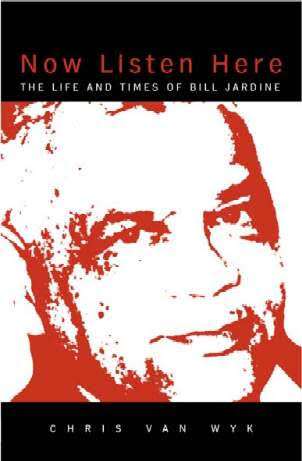 I read it virtually in one sitting. A lovely, affirming story in the energetic language of and Eldos.

Now Listen Here is the biography of Bill Jardine, ANC activist and campaigner against racism in sport.

The following words of praise for the book explain its nature perfectly:

Bill hated what history had done to the Coloured community. But more than anything else, it hurt him to see what many were doing to themselves — acquiescing to being Coloureds in their own country. They were Africans, just as he was, with rights, which had been won at a great price, including paying the ultimate sacrifice. Bill lived and died for all South Africans.

Bill was a team player and there were many others of equal passion and talent in his team. But this is Bill’s story: a story of sacrifice and courage; a story of humour despite often tragic circumstances. But most of all it is a story of a man who elected to be part of one of the greatest moments in South Africa’s history: the dawning of his freedom and ours.

— From the Foreword by President Thabo Mbeki

A fine contribution to both the literature and historiography of Johannesburg, it is a delight to read, from its charming account of Jardine’s childhood to the story of his adult political activism. Jardine’s tough, kindly and courageous persona is brilliantly conveyed. 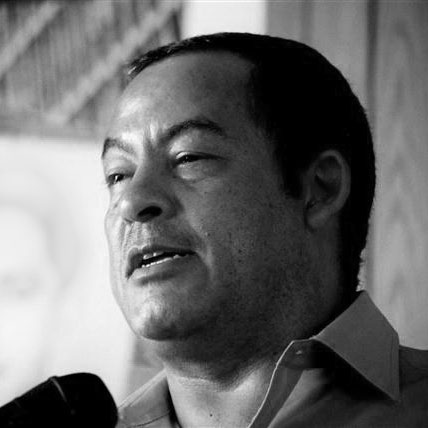 Christopher (Chris) van Wyk (19 July 1957–3 October 2014) was a South African children’s book author, novelist and poet. Van Wyk is famous for his poem ‘In Detention’ about the suspicious deaths that befell South African political prisoners during apartheid. He was also an editor at Ravan Press.

Van Wyk was born at Baragwanath Hospital in Soweto. When he was a little older, his family moved to Riverlea, a suburb outside of Johannesburg. He was educated at Riverlea High School in Riverlea, where he lived until 2005. His autobiographical novel Shirley, Goodness & Mercy details his childhood growing up in Riverlea. The follow-up novel, Eggs to Lay, Chickens to Hatch, continues that theme. Van Wyk worked as a clerk for the independent South African Committee for Higher Education (SACHED) as an educational writer of accessible literature for new readers. He was also editor of Staffrider from 1981 to 1986 and in 1980 started the short-lived Wietie magazine with Fhazel Johennesse. One of Van Wyk’s most notable achievements was his abridgement of Nelson Mandela’s Long Walk to Freedom for children.[1]

At a graduation ceremony on 27 March 2019, van Wyk was posthumously awarded the degree of Doctor of Literature (DLitt) (honoris causa) by the University of the Witwatersrand.