Revenge of Kali arguably belongs to the canon of memorable South African literature, especially in terms of its sensitive and passionate reflection on the complex South African human condition. And, in the parlance of the formidable British critic, F. R. Leavis, it may be considered a novel of ‘significance’.

Revenge of Kali is the second novel in a trilogy that began with the critically acclaimed The Lotus People in 2003. It is a haunting and adventurous tale that dramatically renders 80 years of Indian servitude in South Africa. The story ebbs and flows through four generations, from the abhorrent conditions indentured labour in the canefields of Natal to Durban’s Duchene and Casbah districts, where they were further exploited under the infamous ‘Grey Street system’.

Hassim’s meticulous assured moral sense and magnetic storytelling ability weave a narrative that is rich in character, history and place.

Prior to his death in 2013, Hassim was working on the third novel in the trilogy, Song of Shoba.

In his own words, ‘The Lotus People is about what apartheid did to the Indian community; Revenge of Kali is about what the Indians did to themselves, and Song of Shoba is a crime thriller, set in modern times, that portrays, among other things, how the descendants of those in the previous novels, have gone on to great achievements in the arts and sciences.’

Hassim also wrote a historical novel based on the life of Tamil child martyr, Valliamma. 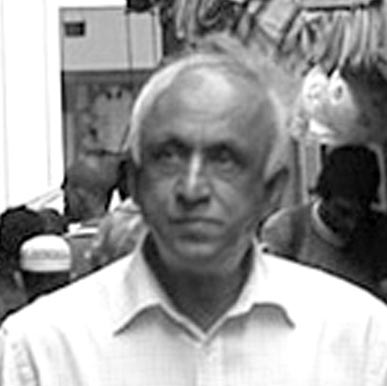 The late Aziz Hassim was a retired accountant based in Durban. His debut novel, The Lotus People, won the 2001 Sanlam Award for an unpublished novel and was short-listed for the Sunday Times Literary Award in 2004. Hassim was a freelance contributor to Durban newspapers, a sought-after literary reviewer and an expert tour guide with the Grey Street Literary Tour group.