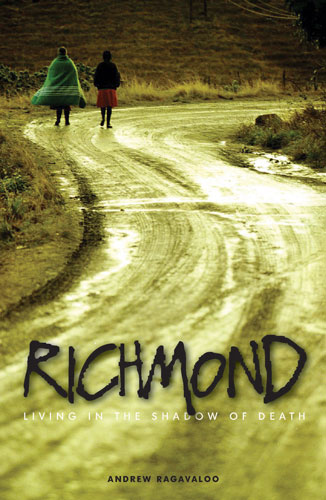 On 7 April 1997, Sifiso Nkabinde, the regional leader of the ANC in Richmond, was expelled from the party for being a police spy.

A self-proclaimed warlord during the conflict in the area in the early 1990s, Nkabinde is believed to be responsible for starting up a small-scale civil war in Richmond following his expulsion, which left over 100 people dead.

This account of the events in Richmond during this period is told by Richmond’s mayor at that time, Andrew Ragavaloo, a committed member of the ANC whose life was under constant threat by Nkabinde’s henchmen. Ragavaloo describes how his son was killed under mysterious circumstances, and his best friend, Rodney van der Byl, a fellow Richmond ANC councillor, was assassinated by Nkabinde’s bodyguards. Ragavaloo and the general community lived in constant fear until Ragavaloo’s bodyguards took the law into their own hands and assassinated Nkabinde a year after his expulsion.

This gripping and deeply moving narrative reads like a political thriller and stands as a testament to the importance and value of our democracy as well as its fragility. This extraordinary book is supplemented with photographs by award-winning photographer, Joao Silva. 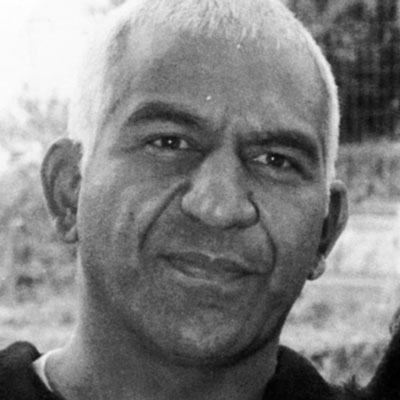 Andrew Ragavaloo was born in Dundee, KwaZulu-Natal in April 1951, the fourth of nine children. After matriculating at Dundee Secondary School he proceeded to ML Sultan Technical College to train as a Physical Education teacher. He was a member of the Black People’s Convention and was suspended from college as a student leader for his role in the student demonstrations of 1972. He taught at Dundee Secondary from 1974 to 1980.

Andrew studied part-time through UNISA and obtained his B.A. degree in History and Economics. He later completed his B.Ed. In 1981 he moved to the small town of Richmond, KwaZulu-Natal, where he taught at the local primary school. He continued his work as an activist and in 1990 was elected to serve on the executive of the Richmond branch of the ANC.