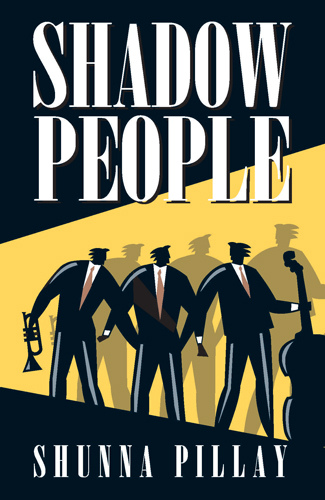 Shunna Pillay tells this story of South Africa’s 1950s with a deep sympathy for all those human beings in the world who yearn for freedom, liberty and the right to enjoy life on this earth. This is a brilliant tale told with the lack of fear that finally drove Shunna out of his country of birth.

Dhava is a young pianist with brilliant prospects, but he has one problem: he is an ‘Indian’ in apartheid South Africa. He is not allowed to travel and work where he likes or love whom he likes, and he spends most of his time dodging the police, Zulu rioters, Indian gangs and white thugs. Driven by a passion for music, Dhava, along with his friends, Claude Tshinkalange and Micah Bernhardt, defies everything apartheid stands for. They live life to the full, achieving acclaim and adoration from the townships to the most exclusive whites-only clubs… until the sinister machinery of apartheid starts to turn against them.

Written by one of music’s most promising stars, Shadow People provides a unique and authentic portrait of Durban, Cape Town’s District Six and Johannesburg’s Sophiatown in the 1950s. 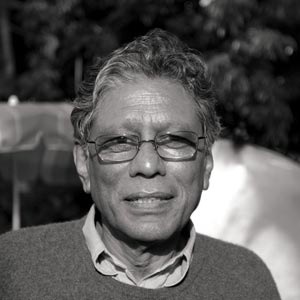 In the early 1950s, at the age of 14, Shunna ‘Sonny’ Pillay met impresario, Pumpy Naidoo, who asked him what he wanted to ‘do when he grew up’. When Pillay replied, ‘Be a singer,’ Naidoo gave him a gig. And then many more.

That was the first step in a journey to fame which spread from Durban to the UK and finally to the Big Apple, New York. For 62 years, Shunna Pillay travelled the world. returning to the US.

Pillay sang in Alfred Herbert’s African Jazz and Variety alongside such luminaries as Hugh Masekela, Miriam Makeba and Dorothy Masuka. At one point he was married to Miriam Makeba, which caused a major stir in South Africa’s conservative Indian community.

Pillay became part of the entertainment scene in South Africa at the highest level and the Union of Southern Artists sent Pillay to the UK to further his career. In London, he was put on the books of the elite Jack Hilton agency, which saw him performing in some of the most famous theatres, night clubs and festivals.

Pillay was spotted by a talent scout for the Music Corporation of America (MCA), the largest entertainment company in the world. He was invited to New York but, at the height of his popularity, disaster struck when Pillay fell desperately ill and had to be hospitalised, prematurely ending a career that would have seen him up there with the best.

Pillay was married to Carole Manchester Pillay until her death in October 2006.