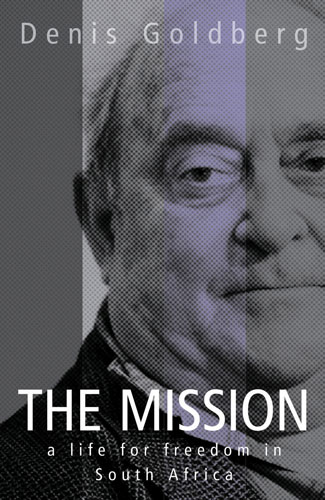 Alongside Nelson Mandela, his comrade in the struggle, Denis Goldberg is one of those sentenced to four life sentences at the Rivonia Trial. He then spent 22 years (from 1963–1985) in an apartheid South Africa political prison.

In this memoir, Denis, the perennial optimist, writes about the human side of the often-painful road to freedom, about the joy of love and death, human dignity, political passion, comradeship, a conflict between comrades … and very long imprisonment. 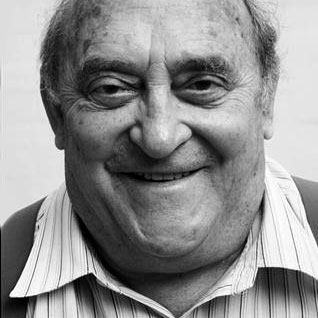 Denis Theodore Goldberg 11 April 1933–29 April 2020 was a South African social campaigner who was active in the struggle against apartheid. He was accused No. 3 in the Rivonia Trial, alongside the better-known Nelson Mandela and Walter Sisulu, where he was also the youngest of the defendants. Goldberg was imprisoned for 22 years, along with other key members of the anti-apartheid movement in South Africa.

After his release in 1985, Goldberg continued to campaign against apartheid from his base in London with his family, until the apartheid system was fully abolished with the 1994 election. He returned to South Africa in 2002 and was appointed Special Adviser to Ronnie Kasrils, MP, Minister of Water Affairs and Forestry, until 2004. He subsequently served as special advisor to Buyelwa Sonjica, successor to Kasrils.

In 2009, Goldberg received the Order of Luthuli for his contribution to the liberation struggle and his service to the South African people.In 2010, he published his autobiography, The Mission: A Life for Freedom in South Africa (a new edition was published in 2016 by the University of Kentucky Press).

Goldberg became involved in a project to teach high school students about the history of the liberation struggle and also lent support to several projects in Hout Bay, the Cape Town suburb where he lived. Those included support for the Kronendal Music Academy (founded 2007) which aims to bring together young people from different communities through playing music. He used his German contacts to help arrange for a jazz band composed of Kronendal students to tour Germany in 2012. In 2015, he founded the non-profit Denis Goldberg Legacy Foundation Trust.

Like many struggle veterans, Goldberg has criticised corruption in the ANC. Appearing on BBC Radio 5 Live in January 2016, he said ‘the members of the ANC need to renew the leadership from top to bottom’.

Denis Goldberg was awarded the following:

Goldberg died at his home in Hout Bay just before midnight on 29 April 2020.

President Cyril Ramaphosa paid his respects, and stated that: ‘His commitment to ethical leadership was unflinching and, even during his advanced age, he formed part of the movement of veterans of the struggle calling for the reassertion of the moral centre of society. He dedicated his life to achieving the better life we enjoy today and his revolutionary contribution reinforced the non-racial character of our struggle and of our democratic dispensation.’ The National Coronavirus Command Council observed a moment’s silence in his honour.