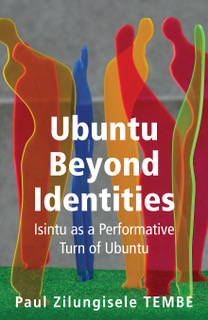 Ubuntu Beyond Identities is a comparative study of value systems in South Africa, China and Sweden, based on the personal observations of the author. The narrative quizzes possible solutions for developmental problems in South Africa using examples from China and Sweden as benchmarks. In an attempt to find a viable cross-cultural communication strategy suitable for communitarian societies, as in Africa-China cooperation, it goes beyond the customary version of ubuntu informed by the histories of contacts with the Western world, mostly written by Westerners. This book also attempts to connect China and South Africa at a cultural level using salient cultural constructs seen to impact the peoples of both nations in their everyday practices.

I humbly wish to express a deep regret that this book wasn’t available to us as the African National Congress (ANC) and the Mass Democratic Movement (MDM) were preparing for governance in a free South Africa. This invaluable compendium scrutinised closely and, alongside the Freedom Charter, would have and still can form a substantial blueprint for a future away from both the hostile past and moribund present. The two documents would have given our government a clear and better vision to unambiguously prioritising first and foremost strategies, policies and actions inwardly directed in favour of the most dehumanised and severely brutalised victims, the Black majority.

Twenty-five years after the delivery of political democracy, the Edenic projects of nonracialism and the Rainbow Nation have failed because there was no fuller appreciation of what is meant by ubuntu. The version of ubuntu that was used and applied immediately after 1994 should have focused first on re-empowering the Black social groups. Instead, attempts to rebuild all races and forge social cohesion were made through the defunct Truth and Reconciliation Commission and short-term sporting codes like the 1995 Rugby World Cup, the 1996 Africa Cup of Nations and the 2010 FIFA World Cup. That understanding of ubuntu was a sanitised quick fix that could not undo centuries of dehumanisation, as characterised by apartheid.

Ubuntu Beyond Identities presents the true meaning of ubuntu, which has its roots in communitarian societies and their value systems, and redefines it within the premises of lived African experiences. As part of an international benchmark on the viability of local value systems aimed at a fulfilled citizenry, the book compares ubuntu to its counterparts of Jantelagen in Sweden and Confucianism in China.

The book emphasises that society is a lived space beyond the monetary capital production and seeks to empower South Africans with conceptual and practical tools to become dignified and fulfilled citizens. It explains the notions of ownership and examines two types: the private, which promotes individual profits aimed at a zero-sum game, and the primordial, which is meant to deliver to the communal table of society for the benefit of an entire nation.